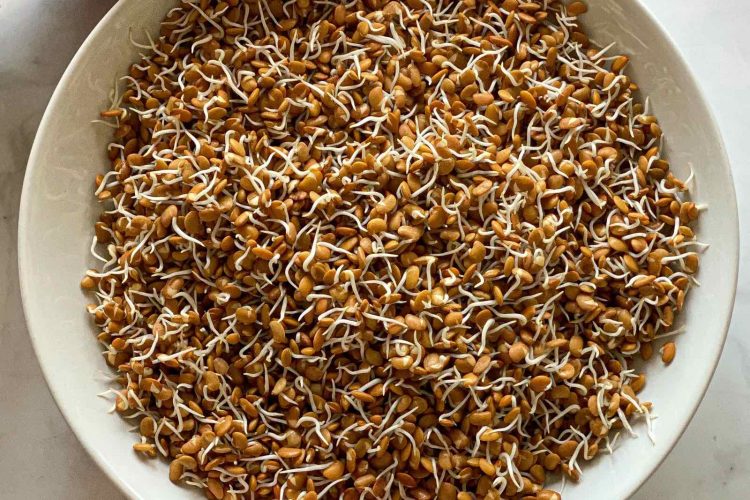 Other than increasing the nutrient value of legumes, sprouting also enhances their flavour and makes them easily digestible.

Horse gram, a much underrated and inexpensive legume from India, is actually one of the most protein-rich lentils on the planet. It’s a powerhouse of protein, essential amino acids, carbohydrates, calcium, iron and fibre so no wonder it was historically used as a feed for horses before races. But it’s about time we started eating grains and legumes that we fed to budgerigars and horses ourselves.

Why sprout horse gram?
Sprouting makes the legume nutritionally dense, easily absorbable and digestible. And don’t ignore the inherent earthy flavour of this legume that is only amplified by sprouting, making your curries, soups and salads all the more delicious. Finally, sprouted horse gram takes far less time to cook.

What is sprouting?
It’s a natural process of germinating seeds into shoots. These shoots can be further nurtured to grow into a new plant. In a culinary context, the term usually means germinating seeds to be eaten raw or cooked so as to enhance their nutritional value and flavour.

How do I sprout horse gram in a cooler climate like the UK?
Sprouting is science. But it’s not rocket science. A bit of logic and common sense can see you sprout pretty much anything you take a fancy to, be it a seed, grain or even a vegetable. All you need is a conducive environment for the seeds to shoot; nature does the rest. And conducive means not killing the subject by exposing it to harsh conditions. For example: if you pour hot kettle water onto dried horse gram seeds to soak them, that’s going to kill half of the seeds straight away, even though horse gram has a pretty robust protective shell. So the basic school of thought is to give the seeds some moisture, a bit of warmth and allow them to breathe in a dark place for at least 12 hours before you see the magical shoots sprout.

And there’s no one way to achieve those perfect conditions. Your ingenuity can work wonders for your sprouting technique. I’ve worked out my own fool-proof method for sprouting beans, lentils, grains and legumes here in the UK that works even in the midst of a cold winter. Here’s how I do it:

How do I sprout horse gram in a warmer climate like in India?
Follow steps 1, 2 and 3 above. Then, tie the horse gram in a muslin cloth that has been soaked and tightly wrung. Place the muslin parcel, covered by a container or bowl, in a warm place.

How do you eat horse gram sprouts?
You can either sprinkle them on top of your salad and eat them raw, or cook them. My daughter loves her boiled sprouted horse gram. Pressure cook it as is, seasoned with salt to taste for 2 whistles or 12 minutes in an Instant pot. Ladle out into a bowl, garnish with coriander or freshly grated coconut and you’re in heaven. The other classic horse gram dish is what we call ‘usal’ in Maharashtra – a runny curry that is traditionally served with a millet flatbread though a chapati or rice will do nicely too.

Storage:
Horse gram sprouts are best consumed fresh, especially when eating raw. But if you must store them, place them in a kitchen paper lined, airtight and lidded container in the fridge. They will keep well for upto 5 days.