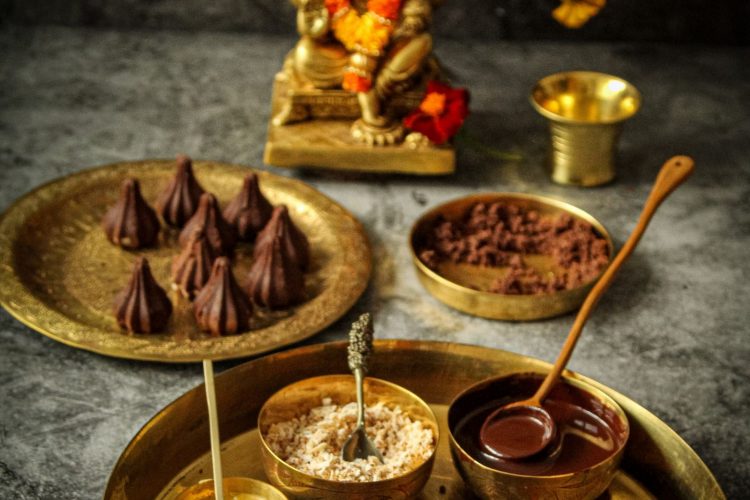 Modaks are traditionally made during Ganesh Chaturthi to celebrate Lord Ganesha’s birthday and it’s customary to spoil him with his favourite sweet, that’s modaks. While ‘ukadiche modaks’ are my personal favourite (as well as Ganesha’s), my daughter can’t appreciate the Ganpati festivities until she gets to eat this dainty dark chocolate and coconut variety. So, they have become such a family tradition during the Ganesh festival that it just wouldn’t be the same without them nowadays. Though I like to use 85% organic dark chocolate in my modaks, they don’t taste bitter; they have a good balance of milk and rich chocolate flavour, complemented by coconut which gives a lovely texture to the bite. So, the bitterness is wonderfully offset by the creaminess of the milk powder and sugar.

But what’s so special about these modaks?
Well, they are quick and easy to put together in just 30 minutes, but the best part is that they only need three to five ingredients. Besides, they’re a real crowd pleaser amongst kids. And not just to eat, they’ll love getting their hands mucky moulding them too.

What ingredients are needed for this recipe?
The richness of flavour in these modaks is defined by the quality of chocolate used. If you’re a chocolate snob, you’ll want to use the best dark chocolate money can buy, ideally with cocoa solids. But with any decent quality chocolate containing 60% cocoa or more, you’re sorted. You’ll also need milk solids and the easiest way to get them, if you live outside India, is to buy whole milk powder from your local supermarket. You can find one or two brands that package it plastic-free. The other key ingredient is icing sugar which can also be procured plastic-free easily enough. In this recipe I am filling the modaks with grated dried coconut; this is optional.

So all in all, you need just three key ingredients for this recipe – a dark chocolate bar, milk powder and icing sugar plus grated dried coconut or desiccated coconut if you are filling your modaks like I am doing in this recipe.

How to make chocolate modak? 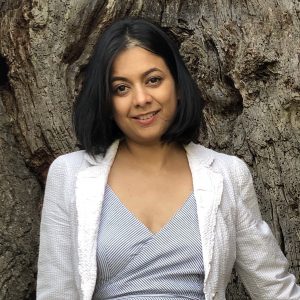 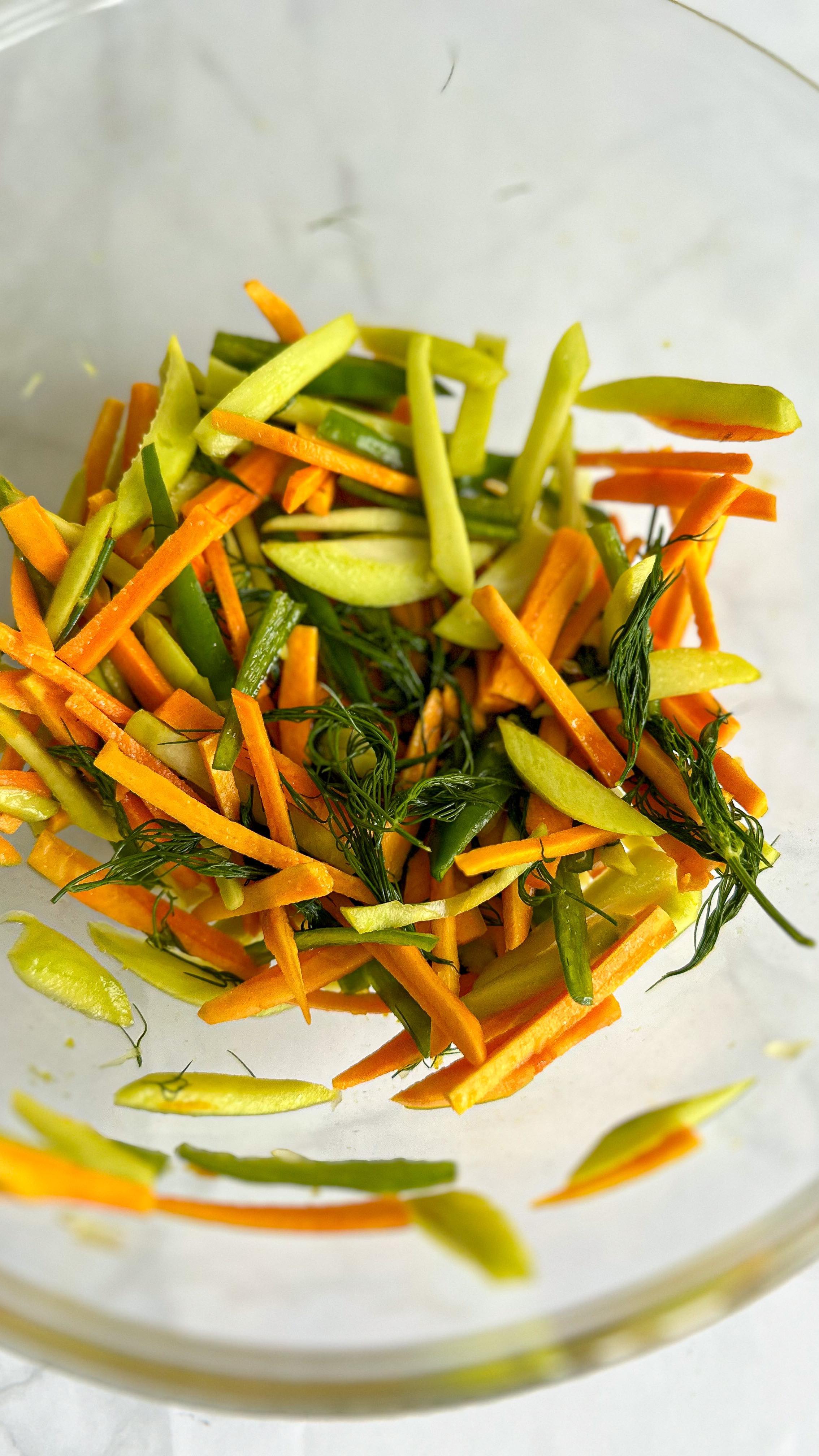 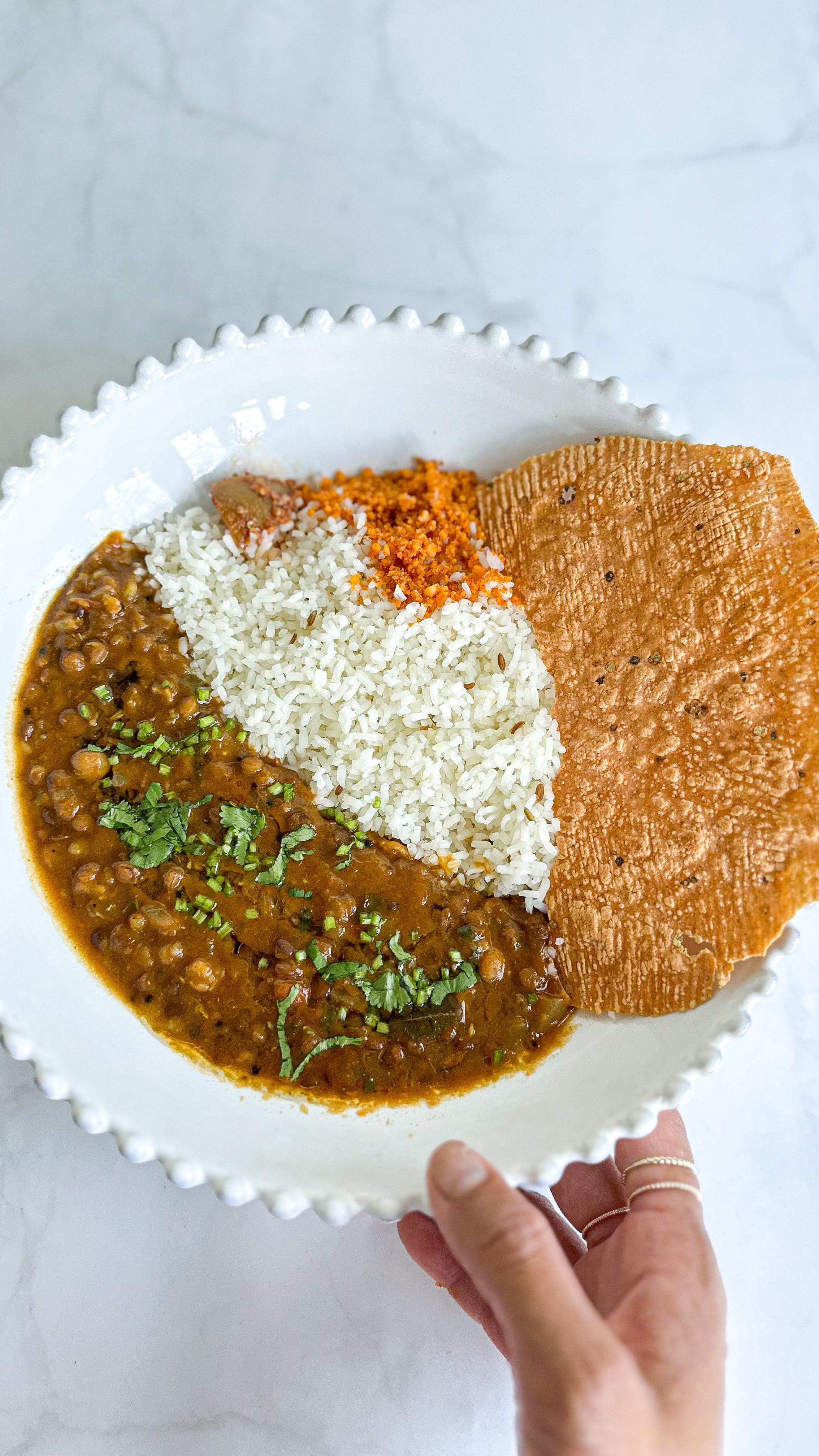 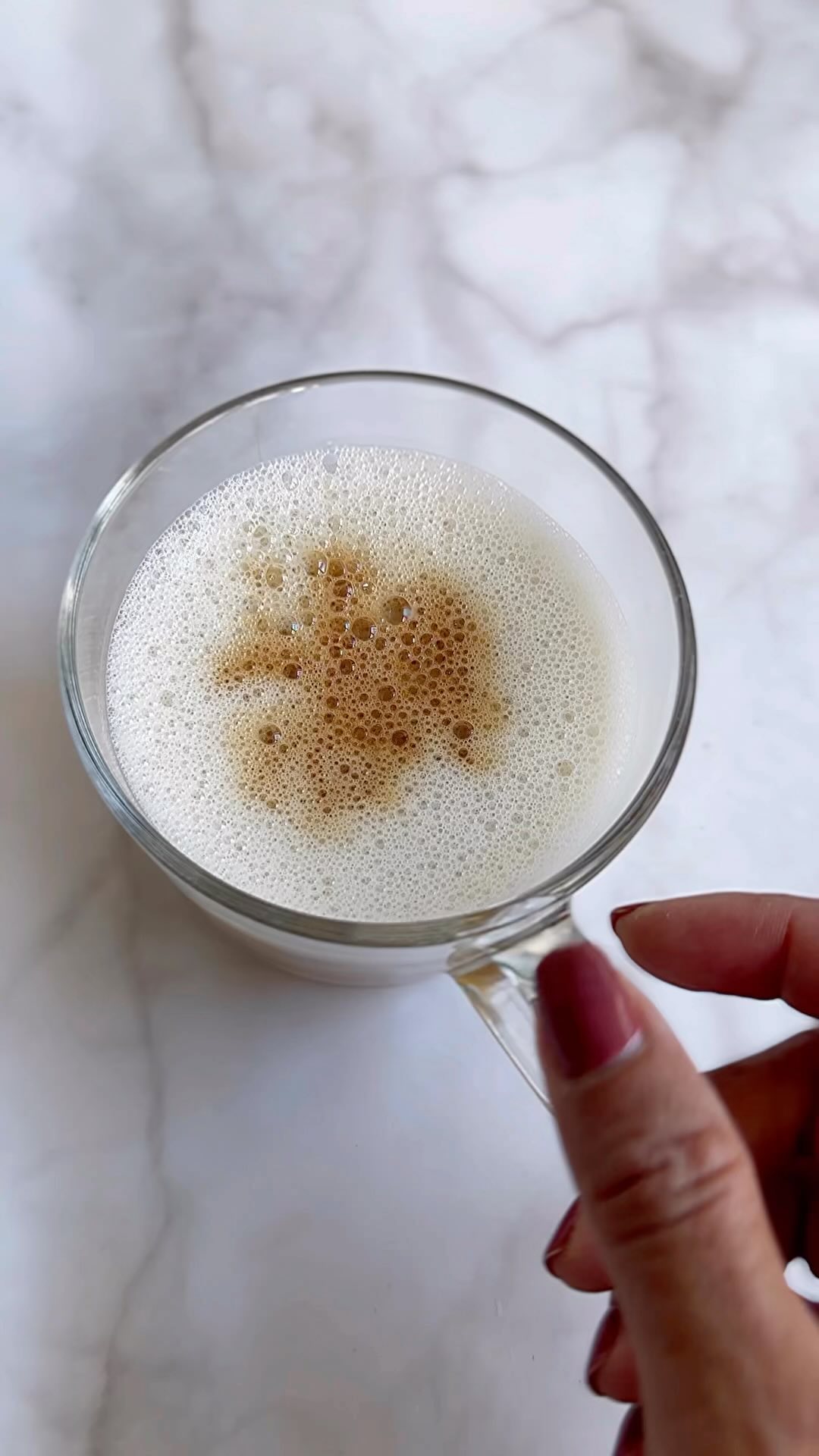 zanzaneet
•
Follow
Indian masala chai is generally sweet, milky and mildly spicy but has many variations. Chai is a very personal thing and this one is customised (over the years) to my own taste. You could say it’s my cup of tea! It’s spiced with fresh ginger, cardamom and tulsi. It’s sweet and creamy. It also happens to be vegan.⁣ ⁣ First I crush a few green cardamom pods then grate a good thumb sized piece of ginger, and add it to half a mug of boiling water in my trusty chai pan along with a couple of teaspoons of sugar and a decent quality organic tea bag. I reduce it by about two-thirds to a dark syrupy brew.⁣ ⁣ Finally sharing this much requested recipe on my blog - https://zanzaneetkitchen.com/frothy-vegan-chai/⁣ ⁣ ⁣ ⁣ ⁣ ⁣ ⁣ ⁣ #zanzaneet #masalachai #chai #chailovers #adrakwalichai #chaitime #morningcuppa #chairecipe #dairyfreechai #dairyfreerecipes #veganchai #frothychai #indianchai #indiantea #vegansuk #dairyfreelife #veganuary #veganuary2023 #britishvegan #vegano #britainsbesthomecooks_ #ukfoodies #marathifood #vegansofinstagram #veganrecipes #chaiaddict⁣ #maharashtrian #foodbloggeruk #veganonabudget #britishindian @marathiduniyaa @maharashtratourismofficial @maharashtra_foods_sanskruti @foodtalkindia @foodandwine @ndtv_food
View on Instagram |
3/9 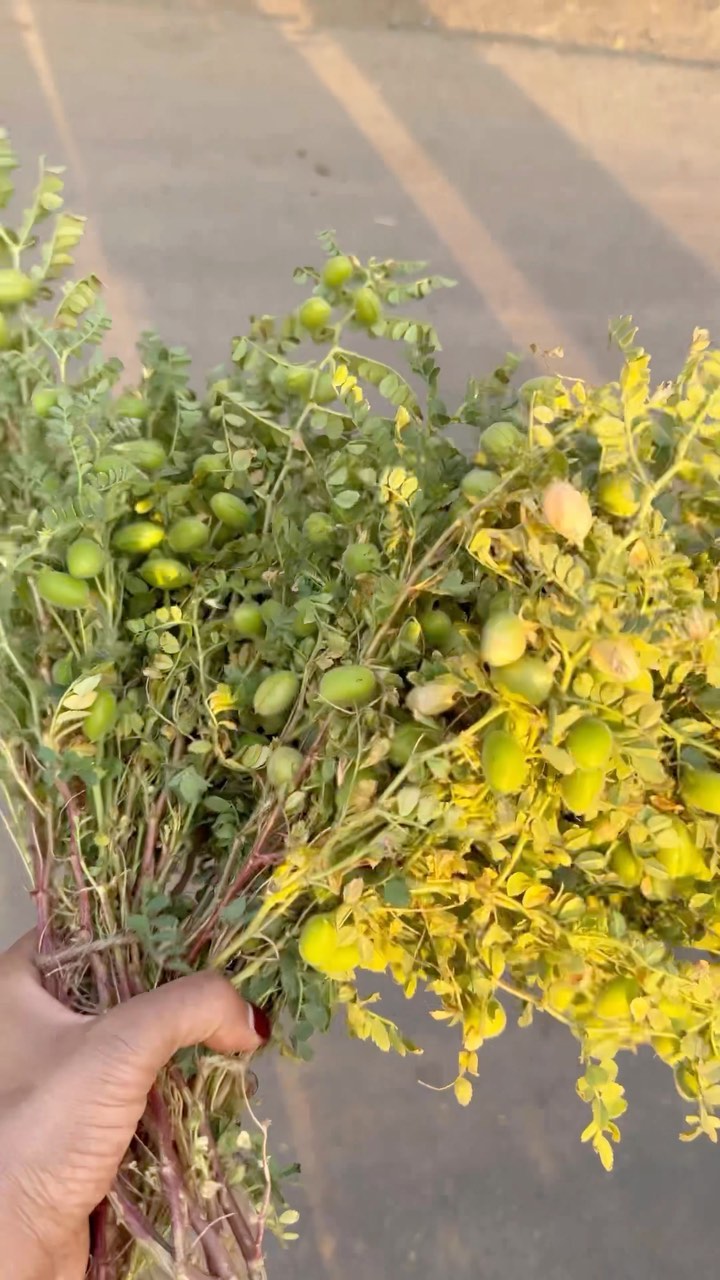 zanzaneet
•
Follow
Missing this ‘harbara’ aka tender green chickpeas that we picked, on the spur of the moment, from a farmer during our recent visit to India. We were so excited to have such a fresh bunch that we polished it all off in the car. And it goes without saying there was a fair bit of mess to tidy up later. ⁣ ⁣ Chickpeas don’t grow in cans. What you get in supermarkets is so far removed from these fresh fuzzy pods. When ripe and yellow, these green chickpeas are shelled, then dried and cooked before being canned. But when eaten fresh, they’re called हरभरा / हरा चना / fresh chickpeas / green garbanzo beans. If you try them you’ll never want to go back to the tinned chickpeas, for they’re so much creamier and tastefully sweeter than dried, processed ones. Sadly, their season during the Indian winter is short when they’re grown as part of the dry crop in rabi season in areas with moderate to low rainfall. So if you find them where you are, grab them while you can. They’re the most addictive guilt-free plant-based snack around right now.⁣ ⁣ Happy Makarsankranti everyone! ⁣ ⁣ ⁣ ⁣ ⁣ ⁣ ⁣ ⁣ ⁣ ⁣ #zanzaneet #sankrantispecial #makarsankranti #makarsankranti2023 #garbanzobeans #garbanzos #chickpeas #farmersmarkets #harbara #chole #chana #greengarbanzo #greenchickpeas #vegansuk #glutenfreefood #veganuary #veganuary2023 #britishvegan #vegano #britainsbesthomecooks_ #ukfoodies #marathifood #vegansofinstagram #glutenfreeveganfood⁣ #maharashtrian #foodbloggeruk #memarathi #beingmarathi #britishindian #jaimaharashtra @marathiduniyaa @maharashtratourismofficial @maharashtra_foods_sanskruti @marathifc @foodtalkindia @foodnetwork @foodandwine @ndtv_food @thekitchn
View on Instagram |
4/9 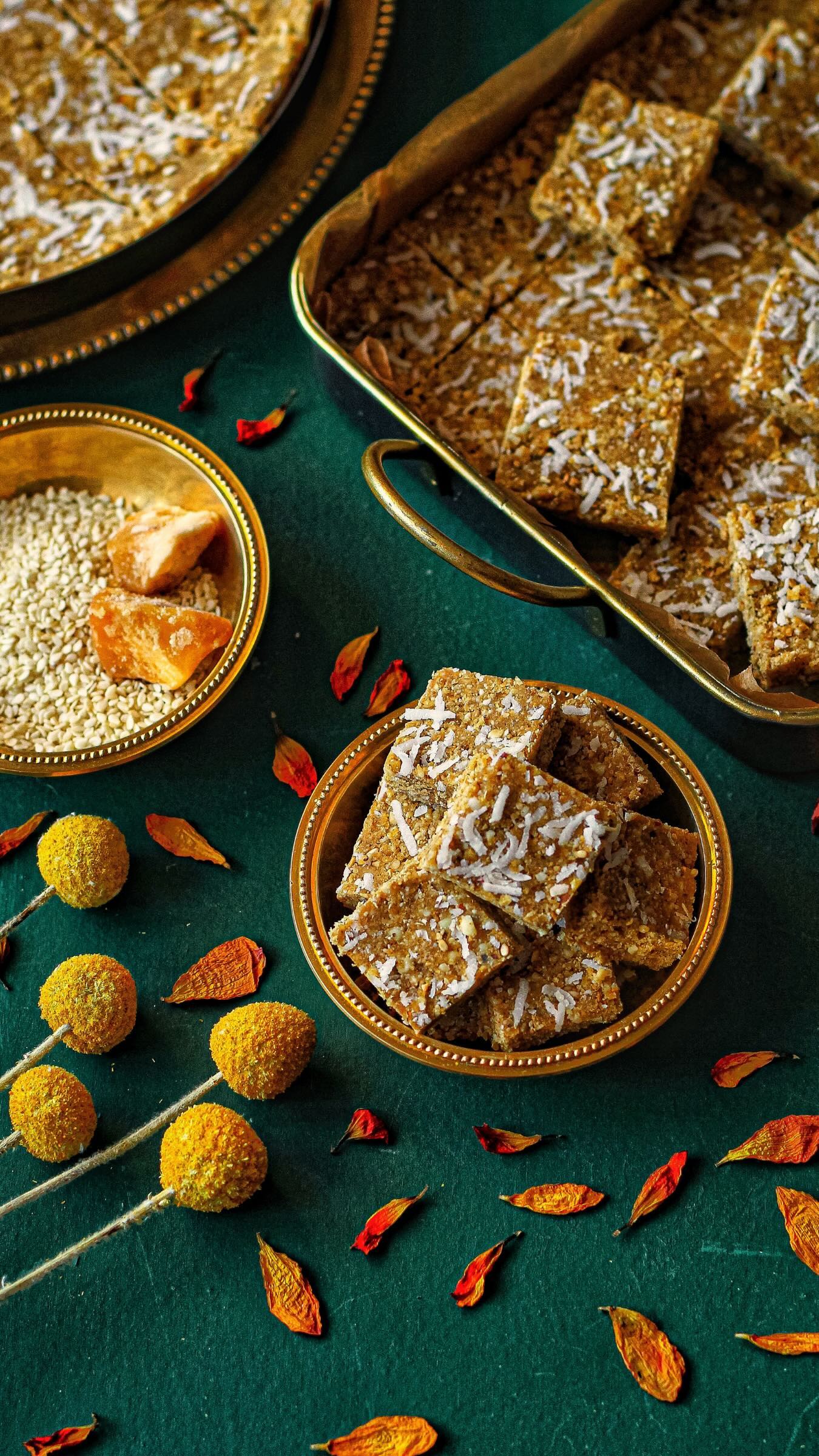 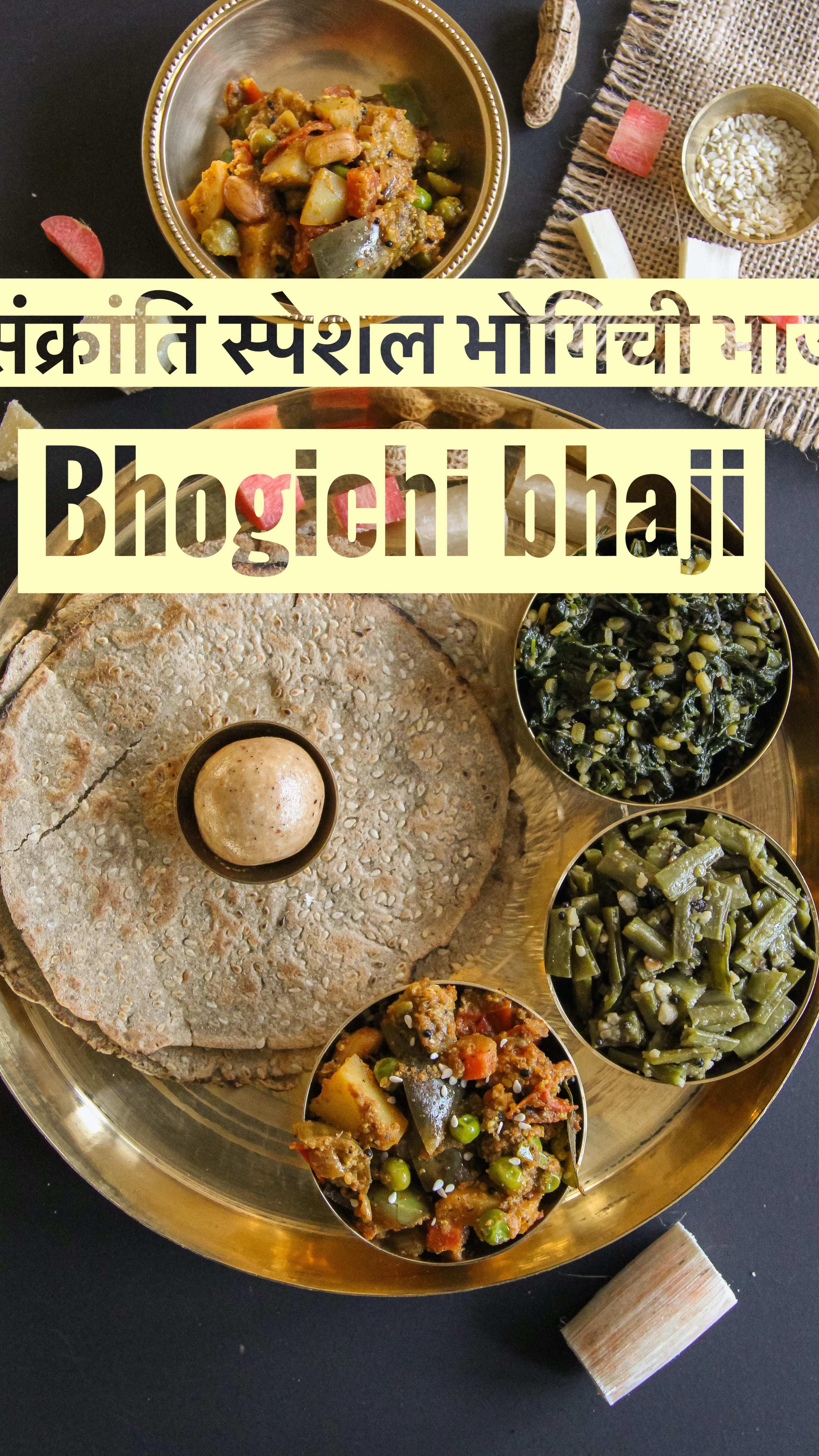 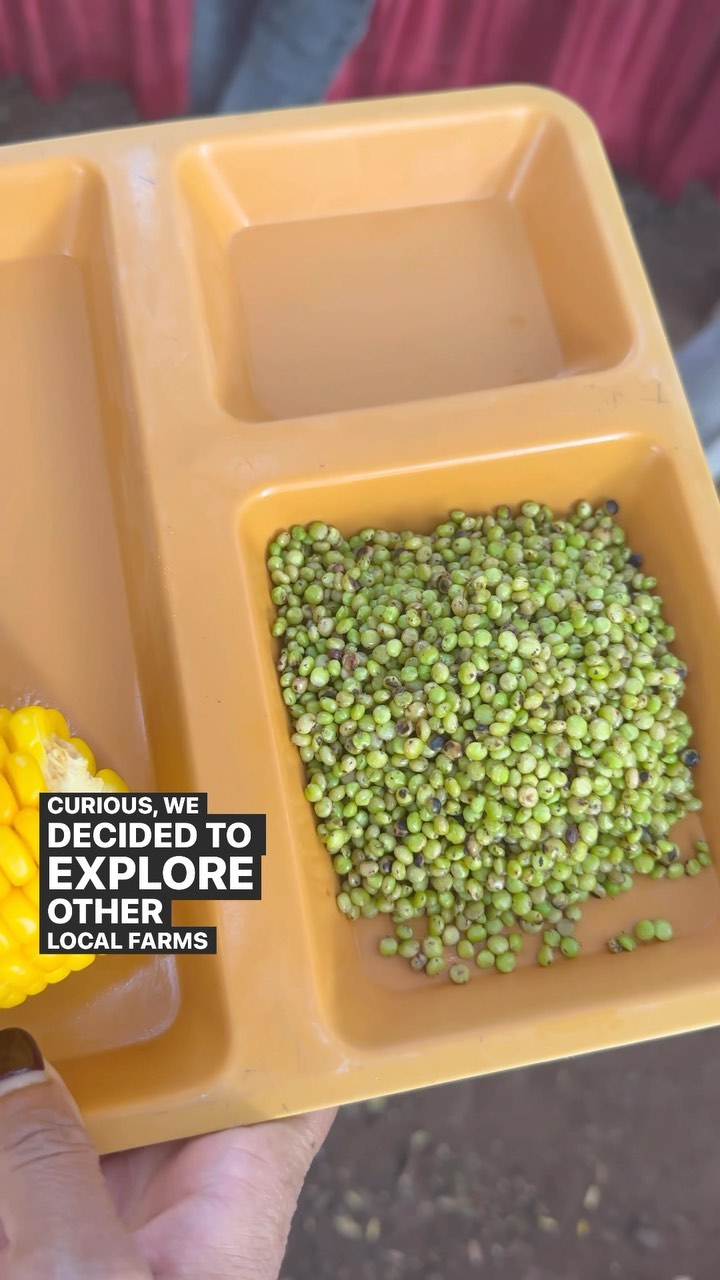 zanzaneet
•
Follow
Around about now it’s time to harvest the hurda or sorghum crop in my home region. My family grow this crop and harvest time is a big celebration that I miss badly living in the UK. ⁣ ⁣ Being in India last week, I was thrilled to see a ‘hurda party’ advertised in the countryside not far from where we were staying so I booked a trip there in great anticipation. It turned out to be a big disappointment, very commercialised and the hurda ‘party’ itself was a rather sad affair with some pre-cooked sorghum - a pale imitation of the real thing.⁣ ⁣ It turns out I was a couple of weeks too early for the main harvest when I could have enjoyed watching my relatives extracting the seeds and cooking them fresh in a fire-pit.⁣ ⁣ Hurda is fresh tender Sorghum (Jowar) that has been roasted, typically over a fire pit. The process is simple but labour intensive.⁣ ⁣ 1. First the tender sorghum seed heads are roasted in the embers of a cow-dung (called ‘Gavrya’/ शेणाच्या गवऱ्या) fire pit. 2. The hot roasted sorghum heads are rubbed either with a stone or by hand to extract the cooked grain called Hurda. It’s best eaten hot with fresh curd, dry peanut & chilli chutney or jaggery. ⁣ 3. Farmers don’t like waste so the discarded fibrous part of the sorghum heads are beaten with sticks to extract the more stubborn Hurda. This is another laborious task. Four men hold corners of a large sack to beat the sorghum heads ensuring the Hurda’ doesn’t fly out.⁣ 4. The cold Hurda is sun-dried to provide a yearly supply of flour for ‘Thalipeeth’, or ‘Hurda bhaji’⁣ 5. The remaining fibrous stems are used to make manure or to fuel traditional indoor cooking stoves called ‘chul’ or चूल.⁣ ⁣ So next time you eat Hurda, think of those rough hands made sore separating it whilst still hot. Indian farmers live a humble life and rely heavily on the increasingly unpredictable monsoon. They’re usually below the poverty line; in 2019, 10,281 died by suicide. If environmental justice has anything to do with climate change then it’s also linked with social and intergenerational justice for farmers ⁣#letsgogreencontest #hurda #hurdaparty
View on Instagram |
7/9 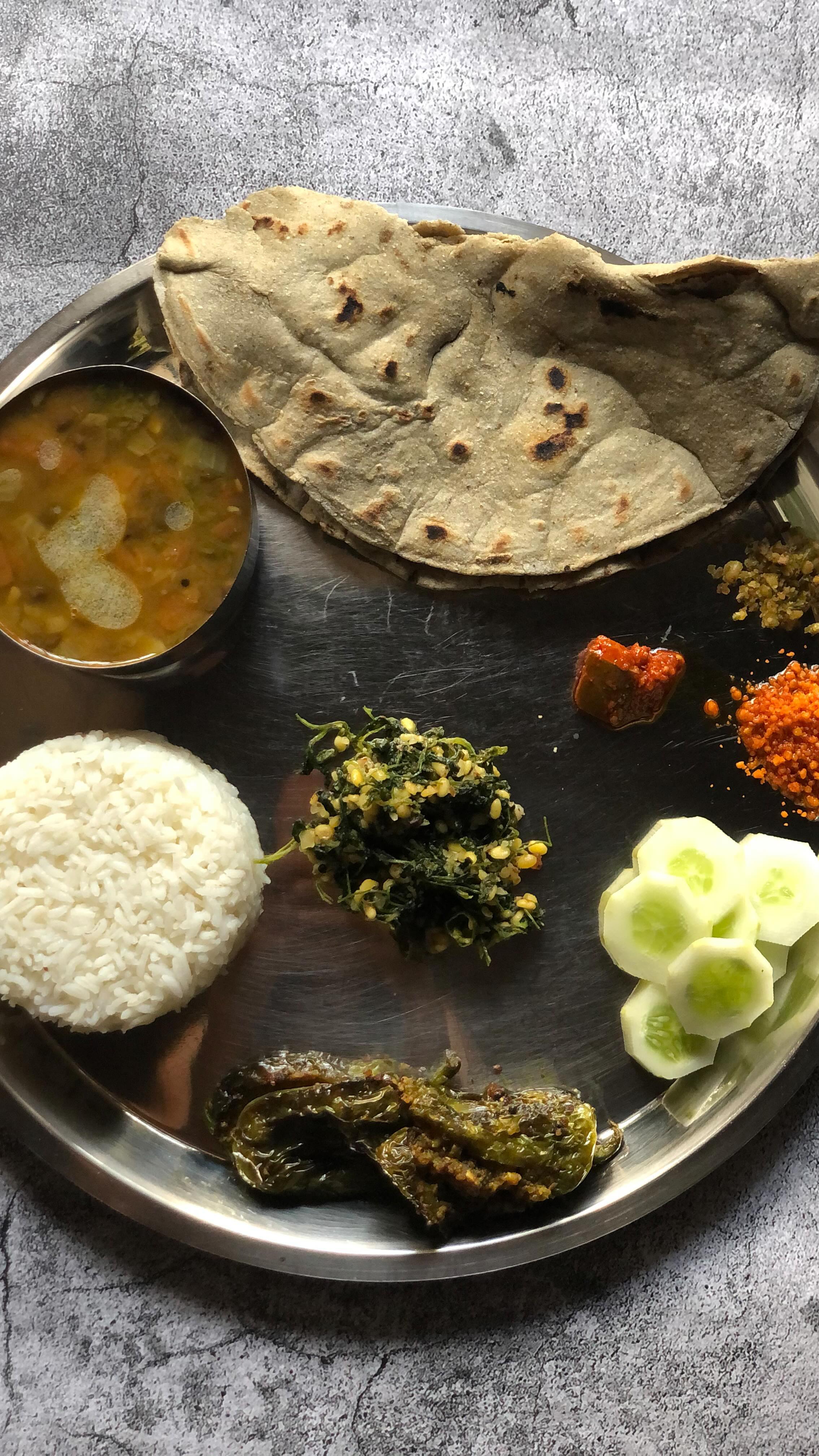 zanzaneet
•
Follow
My Mum makes it look so easy to make perfectly soft bhakri. Nothing is ever as easy as it looks of course. I guess it’s a skill that takes practice & experience just like any other.⁣ ⁣ But don’t be afraid to try your hand at these nutritious millet flatbreads. Help is at hand! Here are my top tips gleaned from quizzing my Mum and my own attempts to emulate her effortless style.⁣ ⁣ 1. Make sure you get the freshest possible bhakri flour. Its shelf life isn’t as long as some wheat flours & tends to acquire a bitter taste as it ages.⁣ 2. Knead the dough thoroughly until it gets properly soft. There is no gluten in millet so it won’t acquire the elastic quality of a chapati dough but that doesn’t mean you can’t achieve a soft & reasonably pliable consistency.⁣ 3. Bhakri are traditionally flattened by hand. Make sure your hands are dry & well dusted with flour. ⁣ 4. You need a pre-heated tawa but don’t get it too hot. Otherwise you’ll end up with one side over-cooked and bubbles forming on the top.⁣ 5. After placing on the tawa, floury side up moisten the top surface thoroughly with cold water before flipping.⁣ 6. Don’t skip the last step which involves roasting one side over a naked flame, it’s essential for achieving the thin flakey ‘papudra’ layer a good bhakri should have.⁣ 7. Don’t expect it to come out right the very first time. Practice makes perfect!⁣ ⁣ Recipe:⁣ Ingredients:⁣ * 1 cup pearl millet flour⁣ * ½ cup water (room temperature or lukewarm, if the flour isn’t fresh) for the dough ⁣ * salt to taste⁣ * ¼ cup water to moisten the bhakri whilst cooking⁣ ⁣ Recipe steps are explained in the video.⁣ ⁣ #zanzaneet #bhakri #bhakrirecipe #bajrichibhakri #glutenfreevegan #flatbreads #marathimeal #heirloomrecipes #recipeshare #vegansuk #millet #veganrecipeshare #veganrecipes #maharashtrianfood #veganofig #marathifood⁣ #britishvegan #vegano #britainsbesthomecooks_ #milletrecipes #ukfoodies #vegansofinstagram
View on Instagram |
8/9